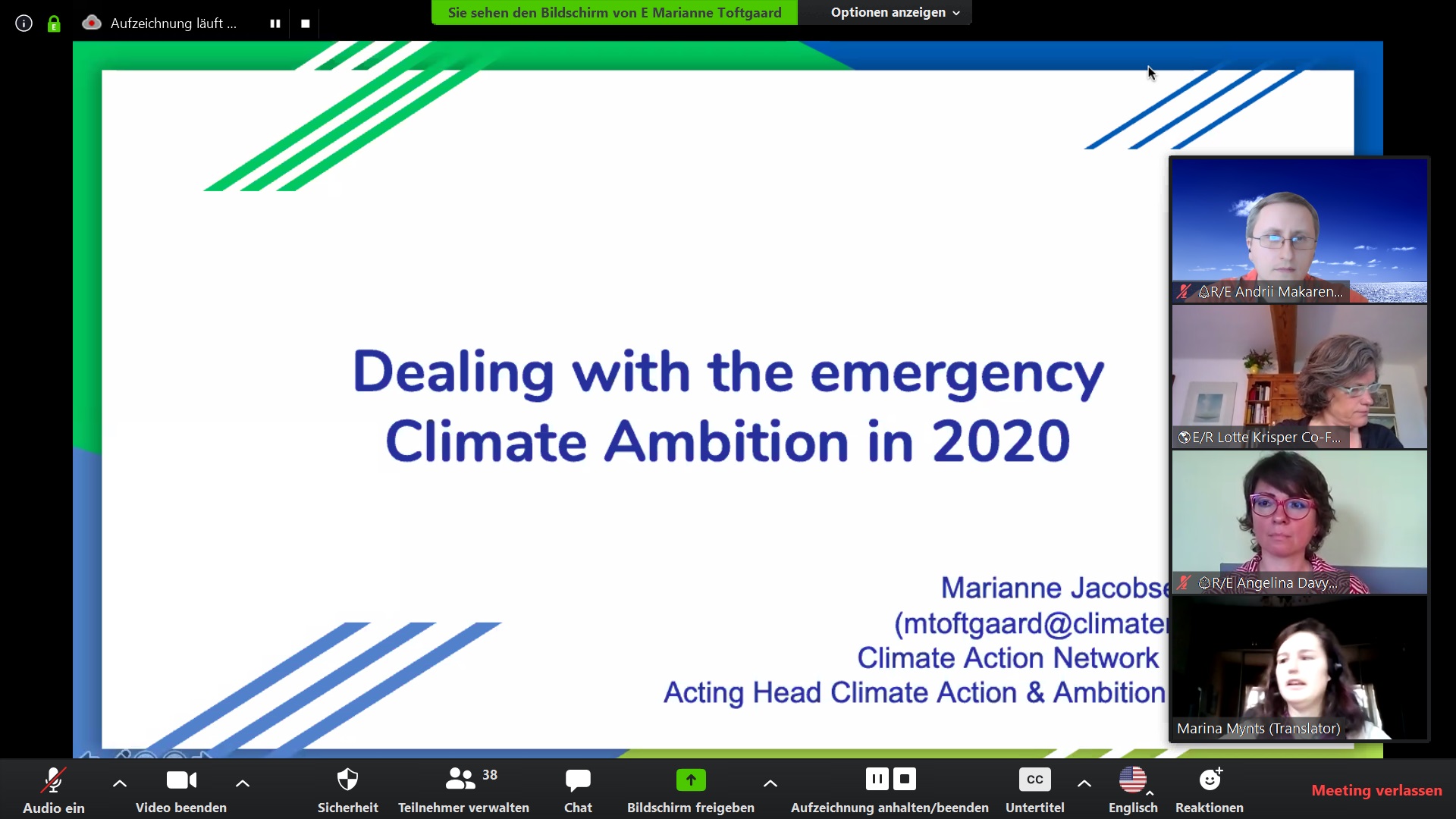 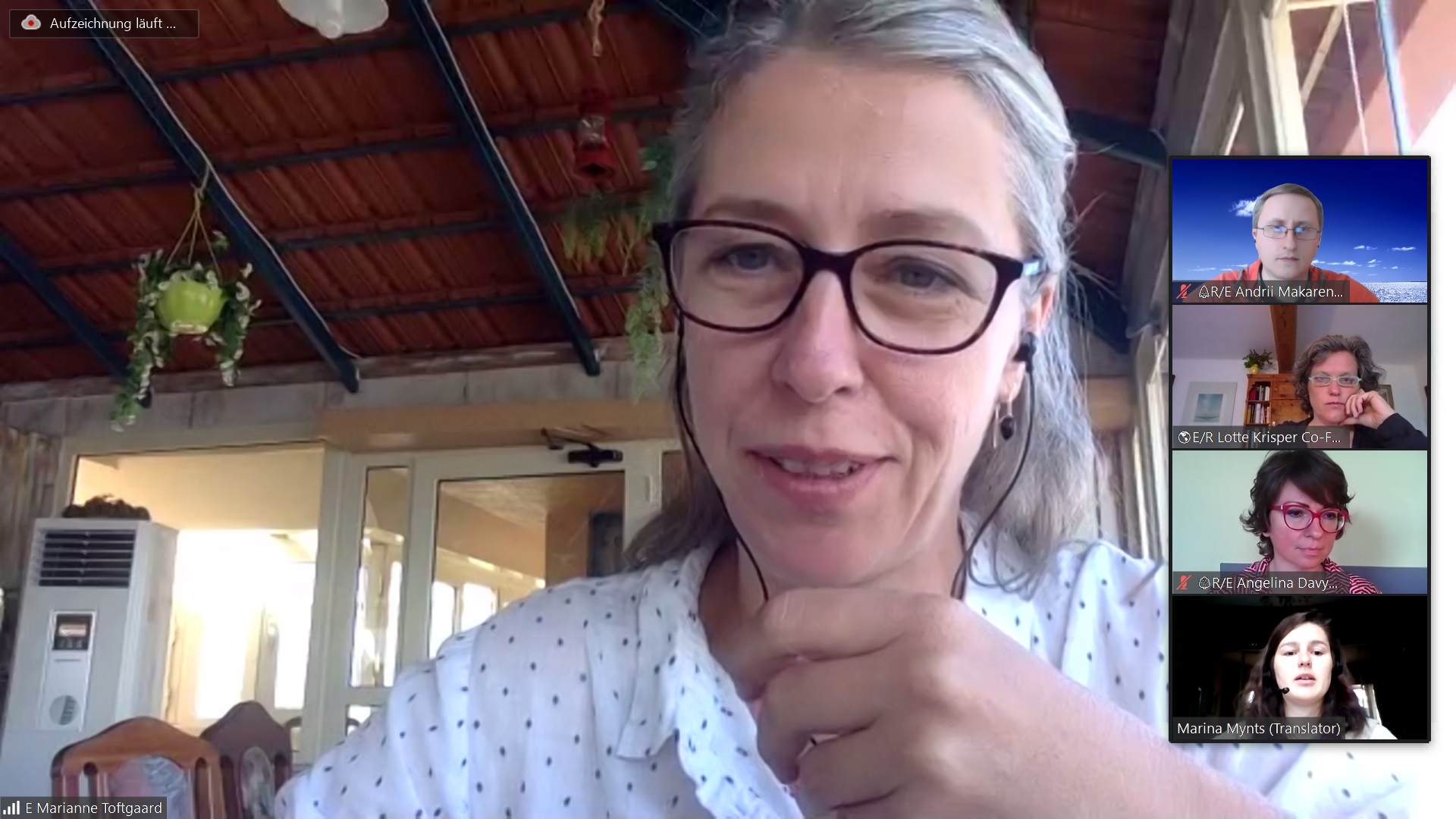 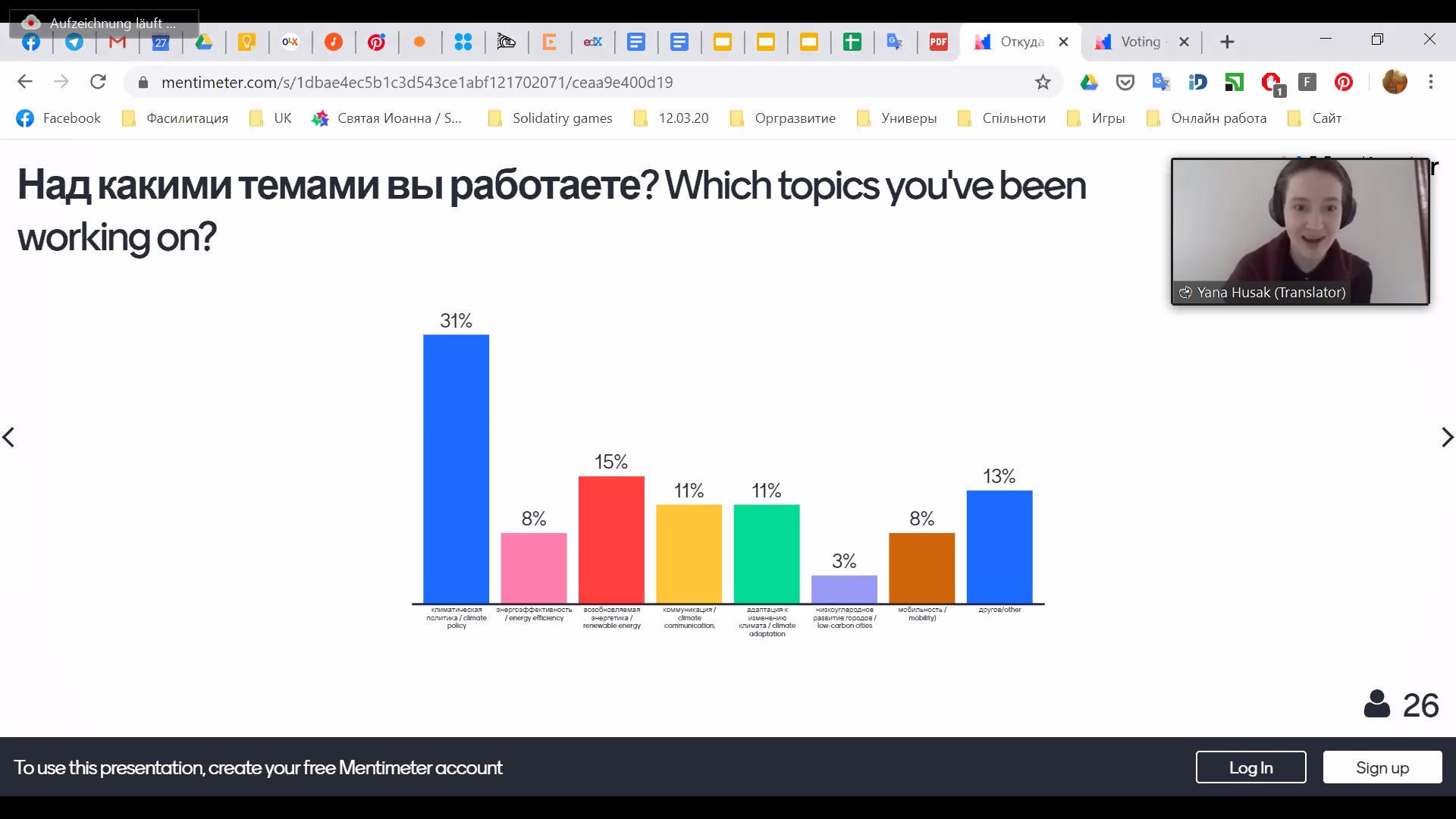 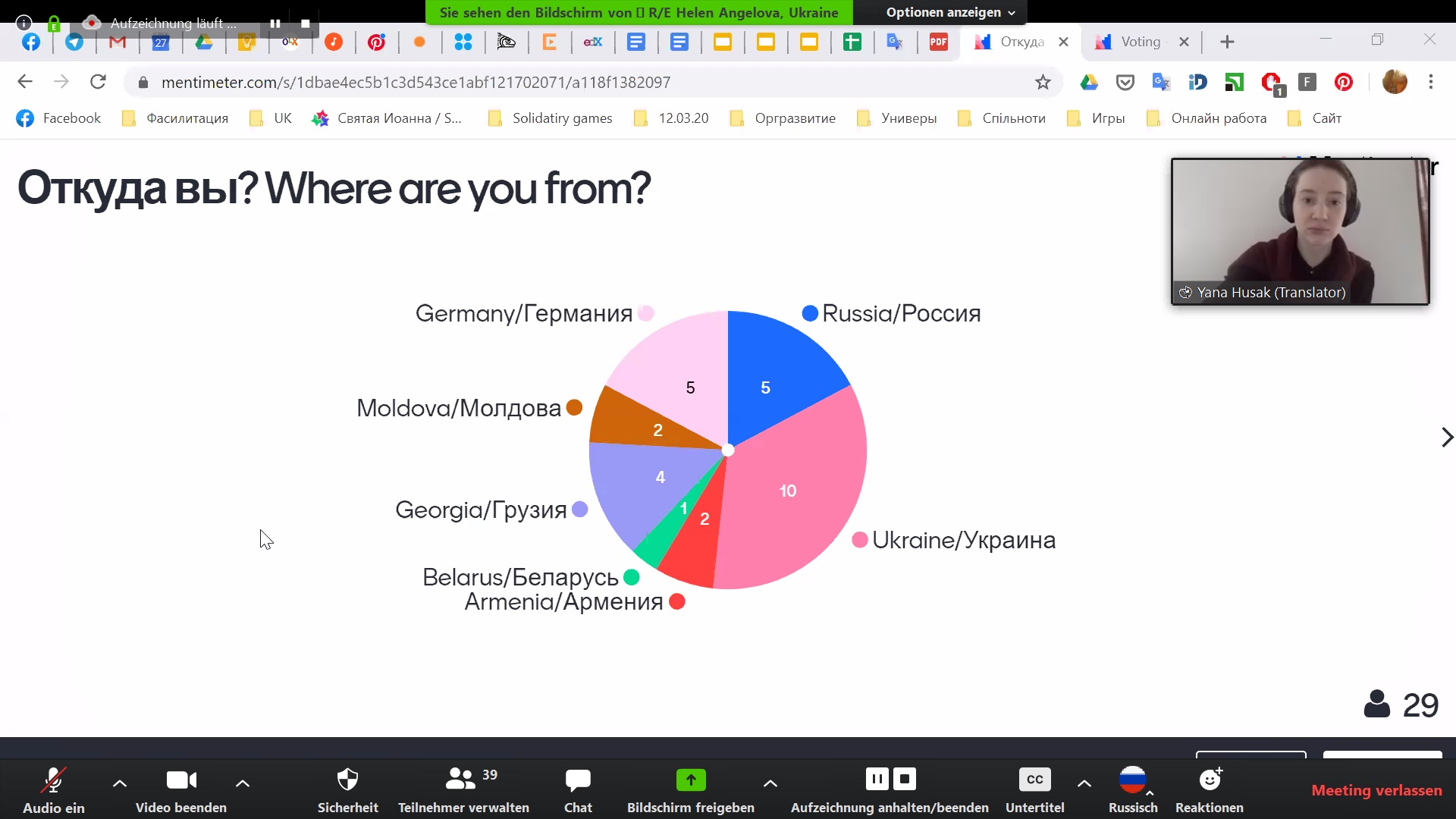 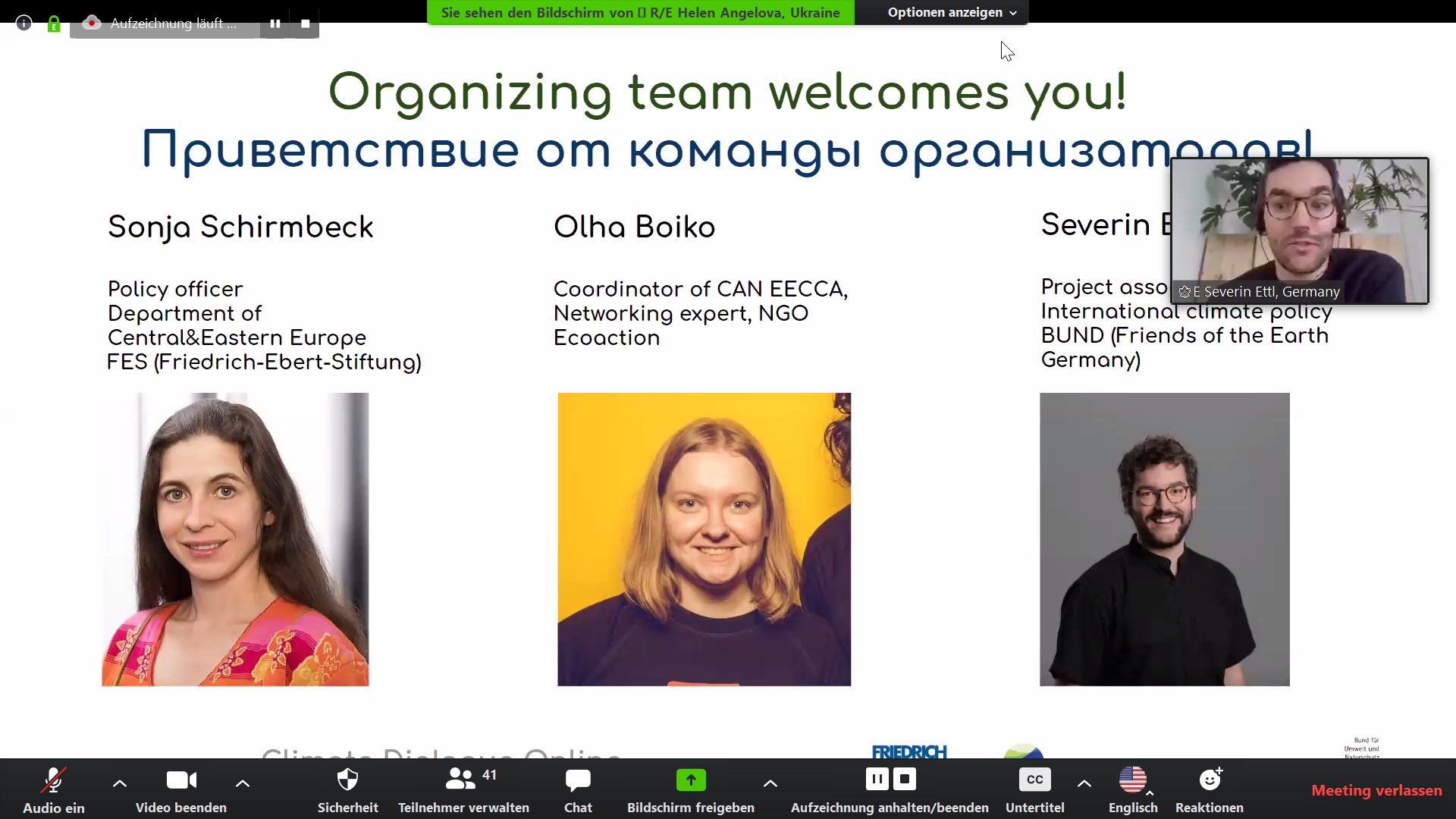 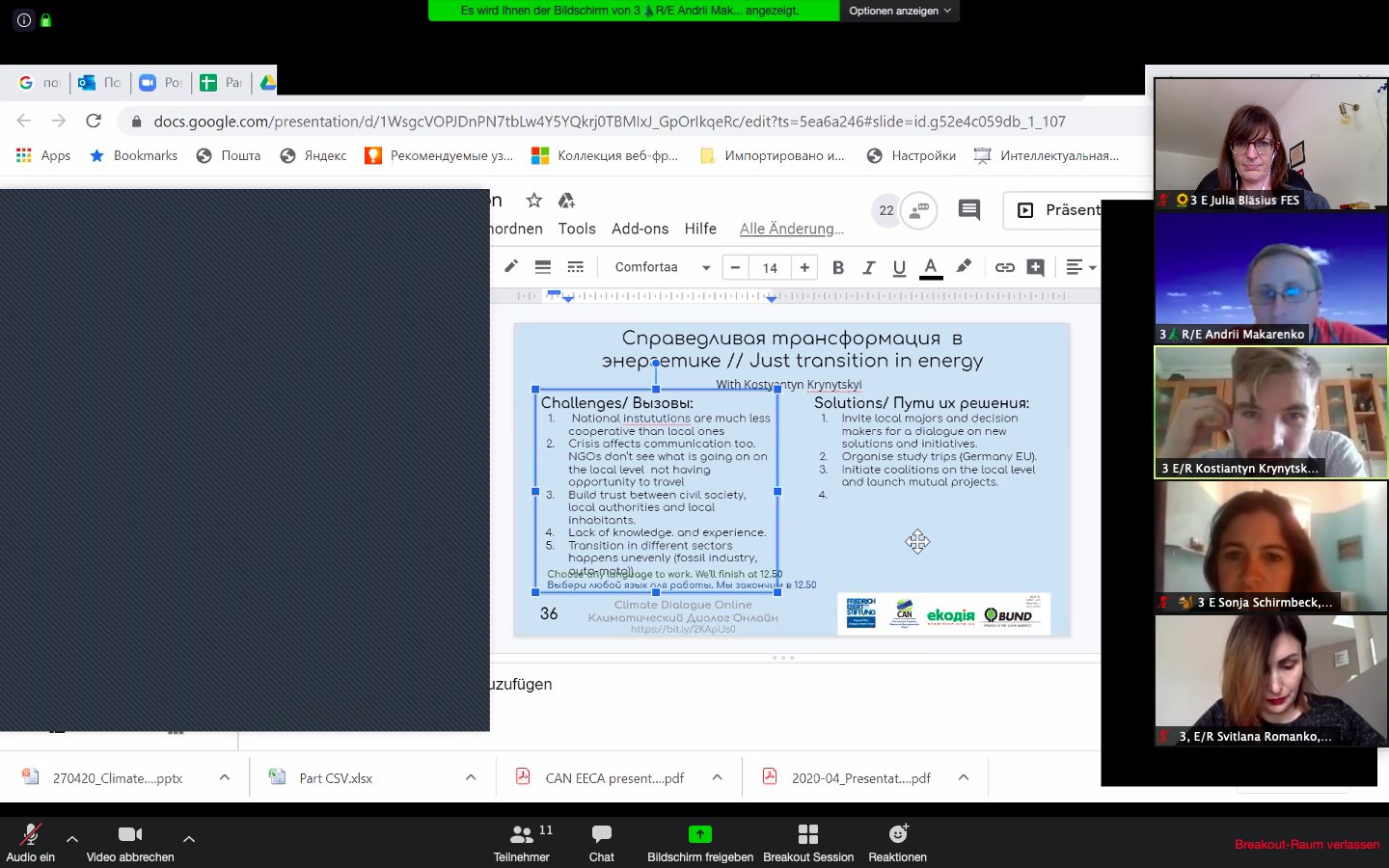 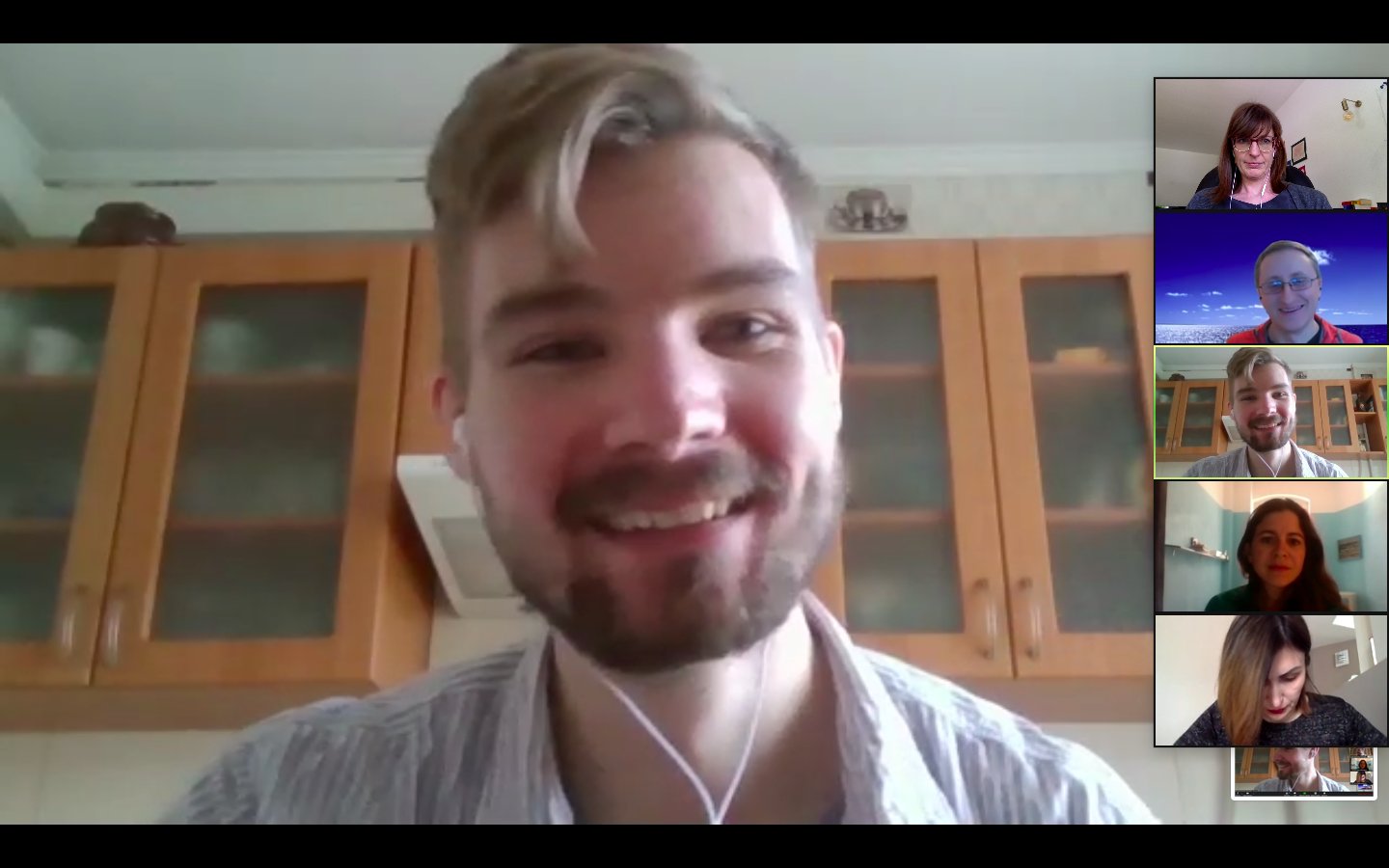 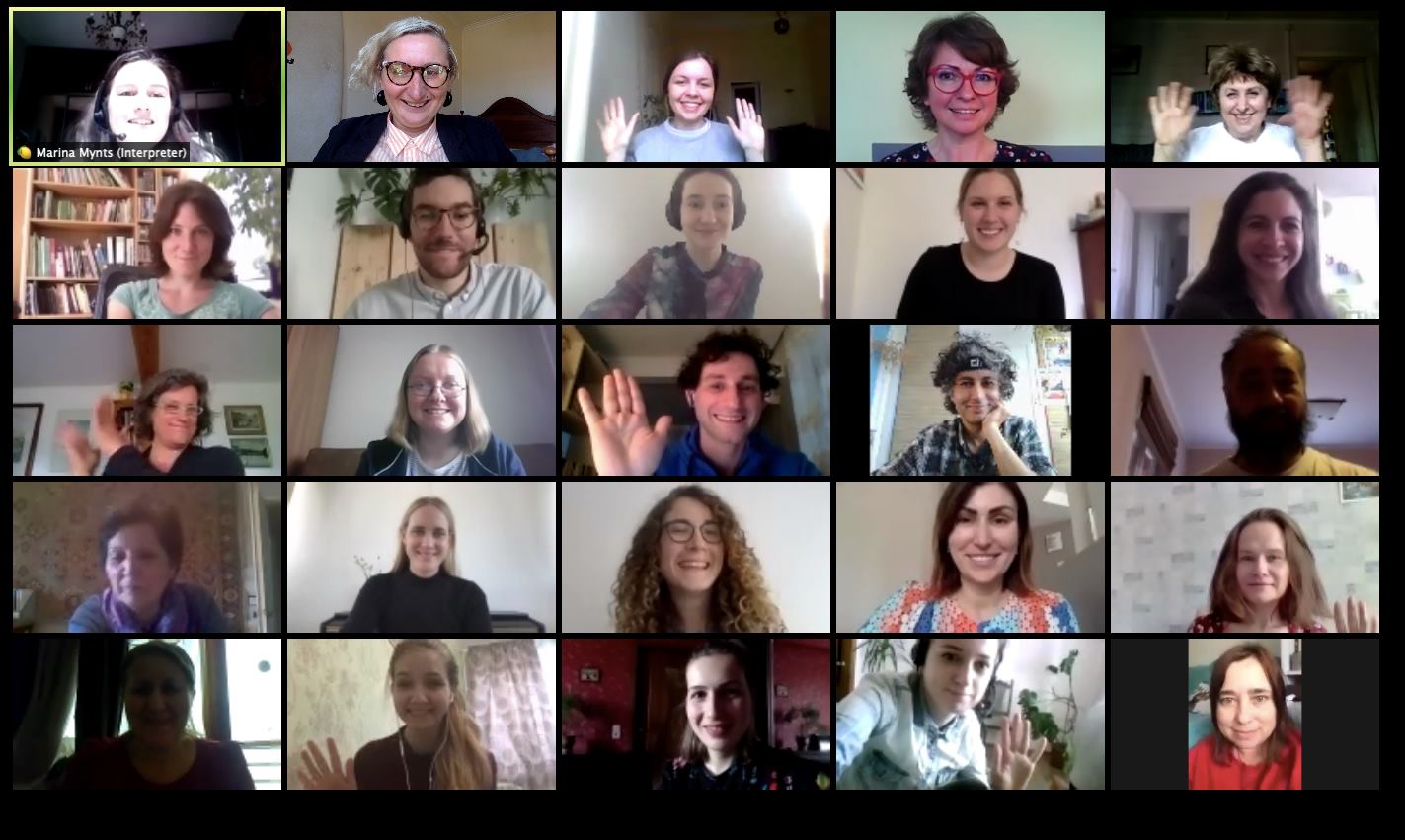 On April 27-28 the first international online conference on cross-sectoral dialogue on raising ambitions of national climate policies in the Eastern Partnership region was held online. After the initially planned event in Kyiv became impossible due to COVID-19, organizers (Regional Office of the Friedrich Ebert Foundation "Dialogue Eastern Europe", the International Climate Network, the NGO Ecodia, and BUND (Friends of the Earth Germany)) switched to a digital format, that was attended by almost 50 representatives of environmental NGOs and relevant international institutions. The program included presentations of climate policy experts as well as work in working groups.

Mariane Jacobsen Toftgaard told her presentation about what is happening in the climate agenda under the conditions of the pandemic. At the moment it remains clear that the commitments to reduce carbon emissions made by countries which signed the Paris Agreement are not enough to stop global warming at 1.5 - 2 degrees. According to prognoses current CO2 emissions will need to be reduced by 50 percent by 2030 and fully set down to zero by 2050 in order to meet the Paris climate targets. Unfortunately, the COVID-19 pandemic has slowed this process down. The number of international meetings and contacts that used to allow sharing experiences, consulting and assisting each other in implementing climate policy has dropped dramatically this year. Civil society in our countries must increase the pressure on their governments to remain engaged in the international climate dialogue online. A balance must be struck between promoting high climate ambitions and the need to regenerate national economies.

As for civil society, it should insist on reflecting three components in developing NDCs: limiting temperature rise, adaptation to climate change and sustainable development, changing public and private financing systems. They should take into account both environmental protection and human rights.  The encouraging point is that the recent studies show 67% of respondents worldwide believe that authorities should prioritize climate issues on the post-crisis economic recovery agenda.

Besides, participants had the opportunity to discuss the challenges caused by the Corona-crisis and how to address them in specific sectors within working groups. In particular, the Mobility group noted that the ban on public transport during quarantine encourages the use of private vehicles. As a result, there is an increase in carbon emission. Car and bike sharing were also affected by the bans.  At the same time, the use of bicycle appeared to be very popular in self-isolation. Several studies also prove that the virus spreads much faster in polluted air. This forces the authorities to take measures to reduce air pollution.

In the group "Buildings and Sustainable Cities", participants noted as the main challenges the still low priority of energy efficiency in the housing and communal sphere, low awareness of the benefits of energy saving technologies, outdated housing inherited from the USSR time and high costs of green technologies. As countermeasures it was suggested to strengthen communication with progressive authorities, inform business about economic losses due to climate change and thus motivate them to invest in green technologies.

In the "Just Transition in Energy" group, the negative side effects of the crisis are the suspension of communication with local communities in coal mining regions. It is also problematic to build trust between public initiatives engaged in energy transformation and employees in the energy sector. Therefore, it is necessary to integrate the target audience more actively into the process of initiation of joint projects so that the process does not stop under limited communication.

In the "Renewable Energy and Energy Efficiency" group, participants focused on the difficulties of building a dialogue with business, which directly benefits from the preservation of traditional energy resources. In this case, closer cooperation with the media and local authorities is needed, sharing examples of successful and profitable cases of transition to renewable energy for both business and local communities.

On the second day of the conference, participants learned about the projects implemented by international organizations and research centers in the Eastern Partnership region, as well as procedures for involving their experts in the development of national climate policy programs.

At the end of the conference, Larissa Donges from the Independent Institute for Environment spoke about opportunities for civil society to participate in climate policy development. In particular, she drew attention to the fact that this participation will be successful and effective if five levels are involved: information and education; information collection; involvement and delegation of tasks; partnership building.

The second part of the conference will also take place online from 25th to 26th May. Representatives of relevant state institutions and governments from the Eastern Partnership countries will join the event together with civil society representatives.

All presentations are available under this links:
Marianne Jacobsen Toftgaard. Dealing with the emergency. Climate Ambition in 2020
Larissa Donges. Participation of civil society in climate policy opportunities and challenges
Julia Breuing. Developing a National Energy and Climate Plan for Ukraine
André Fabian. NDC support and points of intervention for Civil Society

Too little, too slow

Why employees in Georgia, Moldova, and Ukraine do not benefit from the EU association agreements
Kiev, 2019

The Eastern partnership in 2030

Four scenarios for the future of the region
Kiev, 2019